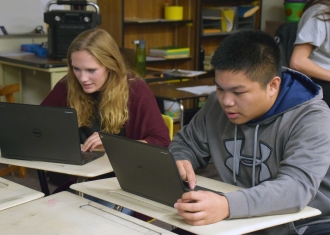 The Olympia School Board has unanimously agreed to place a technology and safety replacement levy proposal before voters in February to help pay for increased student access to technology, as well as safety projects districtwide.

The board passed a resolution in October to include the technology and safety levy renewal on the February 13, 2018 Special Election ballot.

“This levy proposal reflects a continuation of our efforts to make technology accessible to all students and prepare them for success now and into the future as they move on to college and careers and become global digital citizens,” said Board Vice President Frank Wilson. “This is about equity and increasing access, while also moving us forward in the area of safety.”

The proposed levy is not a new tax. The measure on the February 2018 ballot would replace a four-year technology and safety levy approved by voters in 2014. The levy would raise an estimated $35.4 million over four years (2019-2022).

Among other things, the replacement levy would fund new and continued technology and safety initiatives including:

The board voted on the replacement levy after reviewing a proposal from the district’s Technology Levy Advisory Committee and more than 1,000 survey responses from students, educators, parents and other community members who answered questions about technology and safety needs. 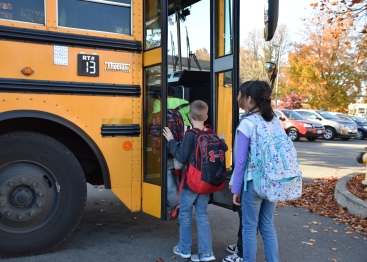 The committee, made up of district staff, parents, students and community members, met in September and October to examine technology and safety needs and costs before submitting its proposal for consideration.

The voter-approved 2014 technology and safety levy pays for more than half of the technology expenses in the Olympia School District (52%) and more than a third of safety-related costs (36%).

Despite news reports at the end of the 2017 Legislative session that the state will fully fund basic education beginning in 2019, analysis of the new funding indicates that about one third of the district’s technology and safety expenses will be state funded under the new system, Priddy said.

The proposed technology and safety levy tax and newly-enacted state schools’ tax, combined with the voter-approved Olympia School District school construction bonds and maintenance and operations levy, would keep tax rates constant. The total projected tax rate over the four years would be between $5.25 and $5.26 per $1,000 of assessed valuation — one cent less or equal to the $5.26 tax rate in 2017.

A new state education property tax enacted by the Legislature in 2017 to begin in 2018 will bump up the total district tax in 2018 for one year, and then the total tax will drop in 2019. This increase and then decrease is unrelated to this proposed technology and safety replacement levy, which would not start collection until 2019.