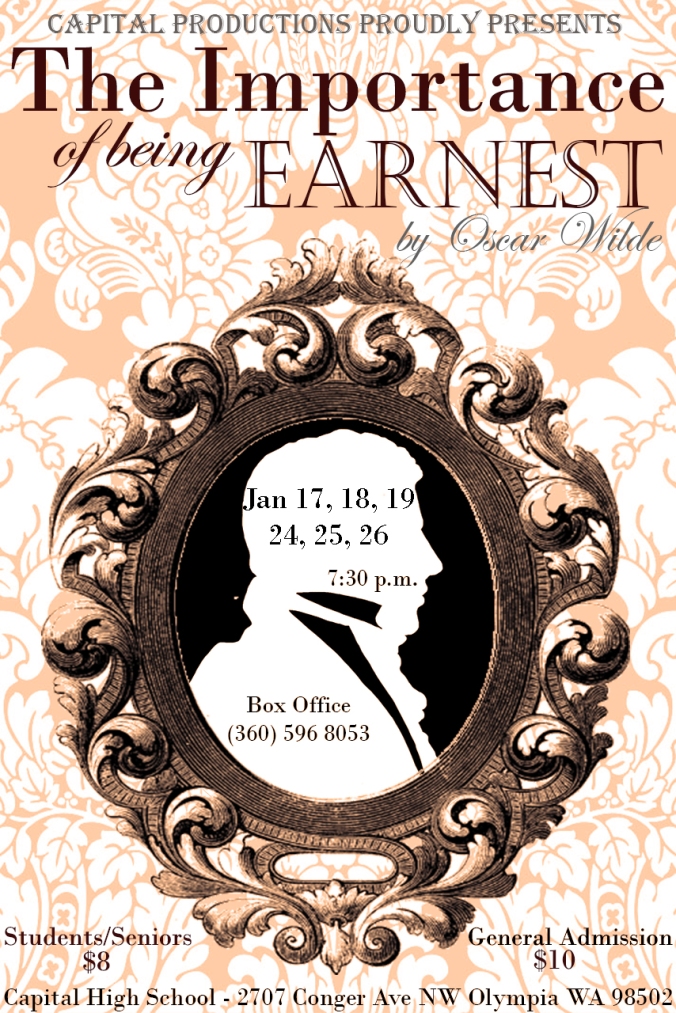 Capital Productions proudly presents The Importance of Being Earnest, by Oscar Wilde.

Set in 1895 England, this Victorian classic takes the audience on a hilarious ride through the manners of old British society. John Worthing (Cameron Sandison) is set on marrying Gwendolyn Fairfax (Ana Stan). The only problem is that she thinks his name is “Earnest.” When John’s friend Algernon (Brandon Ciampi) also decides to use the name “Earnest” to win over John’s ward, Cecily Cardew (Eleanor Dahman), confusion and conflict ensue.

This play serves as Oscar Wilde’s commentary of the elite society of his time through witty dialogue and outlandish characters.