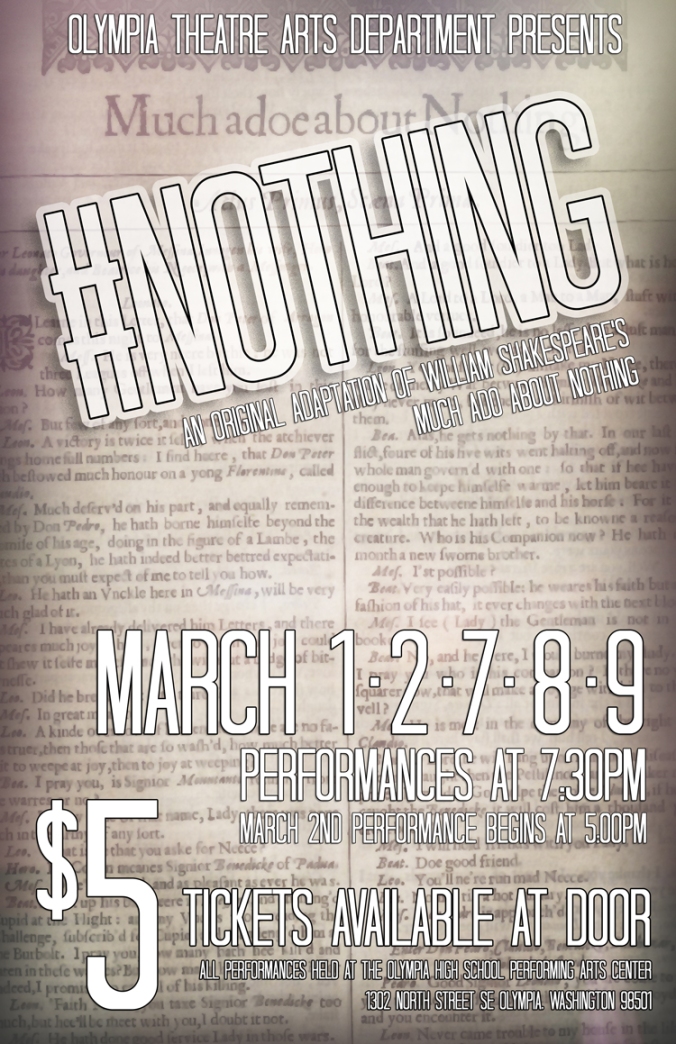 In this production, Don Pedro and his conquering army have returned to Messina after a long war, bringing celebration and revelry to the estate of Leonato. A wedding appears to be in the future between Hero, Leonato’s daughter, and Count Claudio, one of Don Pedro’s soldiers. Don John, the estranged and newly-reconciled brother to Don Pedro, is set on mischief. Weaving through this drama is the merry war of words between Benedick, one of the returned soldiers, and Beatrice, Leonato’s niece.

The adaption by the Olympia Theatre Arts Department takes place in a high school classroom. The characters are played by students who are reading the play and studying Shakespeare in class. The characters of this performance will learn about themselves, their relationships with each other and perhaps a little about Shakespeare along the way. This treatment of the script is inspired by the play Shakespeare’s R&J by Joe Calarco and hopes to prove the relevancy of depth of meaning behind Shakespeare’s works.